Following the introductory post of Java Platform Module System , also known as JPMS, this post exposes different strategies to migrate applications developed in Java as they can make use of it. This covers the cases where original application is based on a non compatible Java version (< Java 9) or it is compatible (>=Java9) but it was not originally implemented, since the use of this mechanism is fully optional.

The first step to perform in the migration of an application to the module system is to determine which modules / JAR files are present in an application and what dependencies exists between them. A very useful way to do so is through a hierarchical diagram where these dependencies are represented in a layered way.

This will help giving an overview of the application’s components and which one of them and in which order they can be migrated, identifying those which won’t be able to adapt temporarily or definitively.

The latter case can be given for example in third parties libraries that have stopped offering support and that will hardly become modules. This overview will help determine the migration strategy that will be carried out.

Next, 2 migration mechanisms are exposed that respond to different initial situations.

To illustrate the process in each of them, the following scenario is presented:

It is intended to migrate an application composed of 3 JARs representing the different layers of the application: Application, Services and Utils.

The following diagram shows the dependencies between these layers where Application depends on Services and Utils and Services depends on Utils: 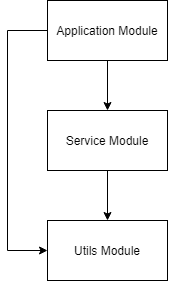 In this strategy initially all JAR files that are part of the application will be located at its classpath. Then, following the steps described below, all of them can be migrated one by one to the module path.

The steps that are part of the process are the following:

In this case, the migration process would be seen as follows: 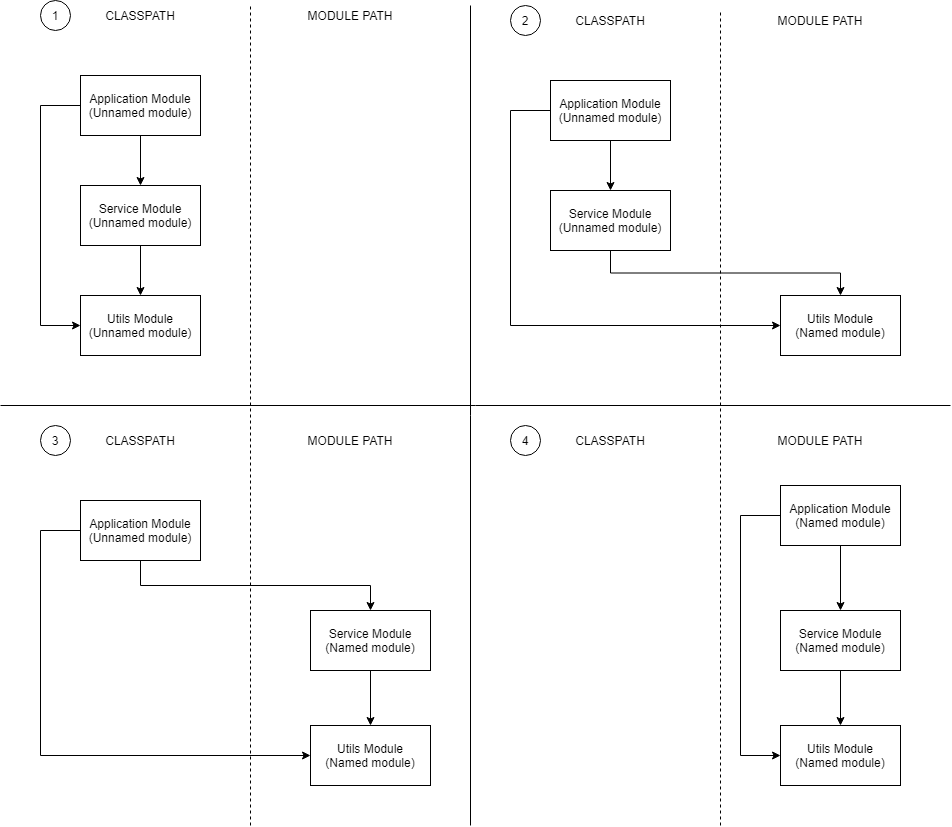 The Bottom-Up migration strategy works best when you have the ability to modify any jar that has not yet been converted to module.

It makes easier the migration of the projects that are at the top of the dependency diagram and encourages care in what is exposed to other modules.

In this strategy initially all JAR files that are part of the application will be located at its module path, so all non-migrated projects are treated as automatic modules. Then the steps to be done are the following:

In this case, the migration process would be seen as follows: 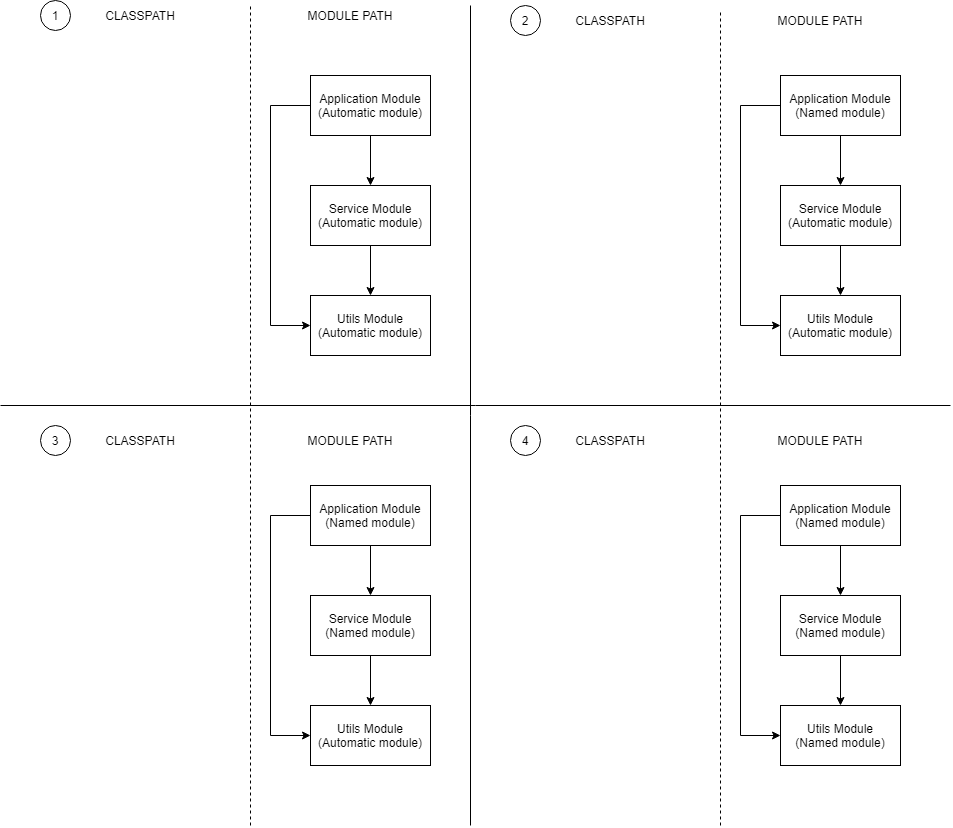 The Top-Down migration strategy works best when you do not have the possibility of modularizing all the dependencies of the application, whether temporary or definitively (E.G. non-modularized third party dependencies).

The adaptation of the code of an application to the module system that requires the division of the basecode base in several modules implies series of restrictions. The most important one is that the definition of the resulting modules cannot contain direct or indirect cyclical dependencies between the modules.

For example, starting from an initial monolithic application for the management of a store that has the following packages:

An initial division of these packages in different modules can be made as it follows: 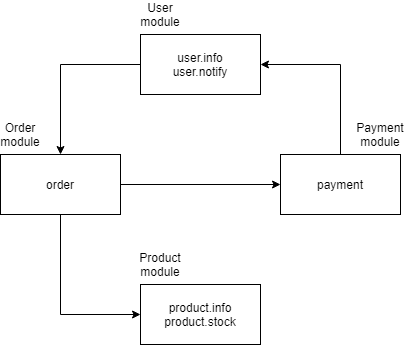 In that case, the user module has a cyclic dependency through order and payment modules. This makes that user module cannot be compiled as JPMS don’t allow this to happen.

A common way to solve this issue consists in the creation of an intermediate module which contains the shared code, so the cycle is broken.

In the example, this is the User notification shared module that contains the code that must be accessible by user and payment modules. 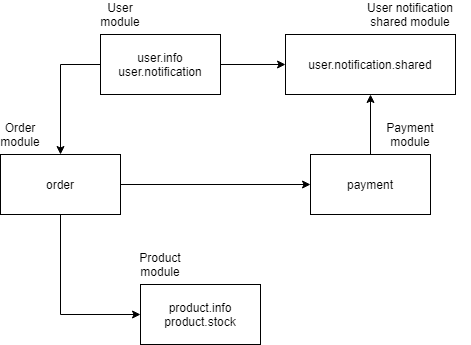 NOTE: Java still allows cyclic dependencies between packages within the same module. This restriction only applies to modules.